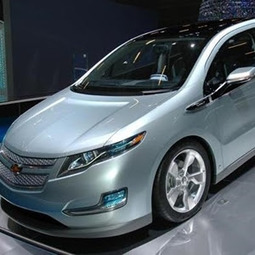 General Motors has had dozens of recalls in 2014 and created a website to help consumers determine if their GM vehicle has a known defect and is part of one of those recalls. However, the website, which lets users look up their vehicle identification number isn't accurate, according to the National Highway Traffic Safety Administration, USA Today reported.

After consumers input their VIN, instead of receiving information regarding a defect or recall website, users can be told their vehicle isn't part of a recall if the necessary parts aren't available for the repair yet. Consumers can go to the website looking for information and walk away thinking their vehicle hasn't been recalled when it actually has.

The NHTSA has communicated with the vehicle manufacturer and told it that the website misleads consumers and needs to be fixed, according to USA Today. According to a GM spokesperson, the company is cooperating with the NHTSA and is fixing the problem. Consumers should check their VIN again or call a customer care number posted online.

GM in 2014
The vehicle manufacturer has announced 60 recalls in 2014, which so far they amount to 28.77 million cars and trucks worldwide and 25.48 million vehicles in the U.S., USA Today reported. GM has also stated it can link 13 deaths to defects found in some of the recalled vehicles.

NHTSA requires free VIN searches
Last August, the NHTSA announced it would require vehicle manufacturers to provide consumers with free searchable databases for VINs starting in 2014. Searching their VIN is meant to give users information regarding any recall that affects their vehicles.

The administration's rule also required the automakers to update the information weekly and have it available online, according to a NHTSA statement. Manufacturers have until August 14 to comply with the rule.

Whether or not a consumer's vehicle is part of a GM recall, consumers should make sure to have the right auto insurance policy in case they get into an accident. Even if the accident is caused by a defect, having the right insurance will ensure drivers get back on their feet sooner after an accident.