Adhd Doesn't Have To Take Drivers' Attention From The Road 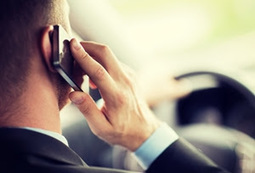 Although attention deficit hyperactivity disorder (ADHD) is commonly associated with small children, many people continue to struggle with its symptoms even after they're old enough to drive.

Research has found that roughly 4.4 percent of American adults – or more than 10 million -- have ADHD. Some of its symptoms can potentially interfere with safe driving. Indeed, one recent study found that adults with ADHD were about 46 percent more likely to be involved in serious vehicle accidents compared to drivers without ADHD.

However, if you've been diagnosed with ADHD or you have a teenage driver with the condition, several strategies may help lower your risk of accidents on the road.

ADHD doesn't have to take your focus off safe driving
Researchers noted that many ADHD-related concerns can contribute to accidents, like impulsive behaviors, trouble paying attention, hyperactivity and risk-taking.

Many other solutions can also help you keep your focus on the road:

If you think your teen won't be able to resist the temptation of a smartphone while driving, insist that your child stow the phone in the trunk before starting the car, WebMD stated.

Have you had a number of car accidents? If so, your driving history may affect the type of insurance you need, as well as the amount you pay for premiums, the National Resource Center on ADHD warned. To easily find options that fit your budget, check out CoverHound, a leading source of online insurance quotes.