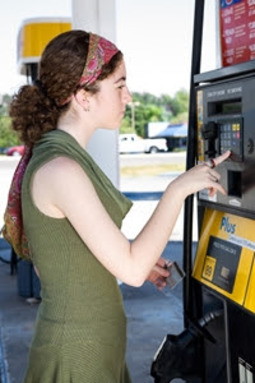 A recent survey by the AAA revealed that approximately 33 percent of Americans do not believe the accuracy of the Environmental Protection Agency vehicle stickers indicating fuel economy. However, according to the results, the discrepancy between the car's actual and theoretical fuel economy is driven more by driver behavior and environmental conditions than any shortcomings from the vehicle. In fact, many motorists self-reported higher fuel economy ratings than the EPA, including those with manual transmissions and diesel-fueled vehicles. Meanwhile, vehicle owners with gasoline-fueled V-8 and V-6 engines reported lower fuel economy ratings.

"For years, we've heard that drivers question whether the fuel economy rating for their vehicle is accurate," said John Nielsen, AAA's managing director, Automotive Engineering and Repair. "In the interest of our members, AAA aimed to address this issue with a multi-phase testing series designed to uncover the real reasons behind fuel economy variations."

To test the actual fuel economy of cars in real-life driving conditions, AAA drove cars around on the streets of Southern California using a certified dynamometer. AAA found the cars were capable of reaching the EPA's rating, however the driver's real-world mileage varied based on the driving style and road conditions.

For motorists looking to improve their fuel economy, here are seven tips to make the most out of every tank of gas:

1. Regular tune-ups
Keeping up on regular maintenance goes a long way toward ensuring you get the best possible fuel economy. Periodically changing the oil and replacing air filters and spark plugs will improve your car's longevity in addition to reducing its gas consumption.

2. Tire checks
Under-inflated and misaligned tires can cause a drag on the engine, making it work a bit harder to bring the vehicle up to speed. This ends up gobbling up more gas than necessary and lowers the overall fuel economy. Popular Mechanic recommended checking the tires every time you fill up the gas tank to make sure they're properly inflated. If they're consistently under-inflated, you might need to get new tires.

3. Drive safely
The more aggressive you drive, the more you'll end up burning through gas. Constantly slamming on the breaks and rapidly accelerating after a stop light can really dent your vehicle's fuel economy. Even speeding can decrease the gas mileage, in addition to it being unsafe.

4. Use cruise control
Maintaining a steady driving rate will help save gas as well. Putting the car in cruise control - especially over long distances - can significantly improve the car's fuel economy.

5. Turn it off
Letting your car idle as you run into the house or to an ATM can burn extra gas. The longer you let it sit while it's running, the more gas it wastes. Some cars nowadays are offering "stop-start" technology, which will turn off the engine and restart it once the driver takes his or her foot off the pedal.

6. Avoid using the air conditioner
A car's air conditioner will put extra pressure on the engine, forcing it to use more fuel. However, having the windows open can also create drag on the car, thereby negatively impacting the vehicle's fuel economy. This might make it difficult in the summer, when temperatures are high, but if you have to choose, open windows will reduce fuel economy by about 10 percent, while running the A/C will reduce it by 20 percent.

7. Lessen the load
The heavier the car is, the more fuel it will end up using. Make sure the car is not carrying any extraneous weight. Clean out the trunk and the back seat to lessen the load and make the car as light as possible.