By Katherine Moura on August 6th, 2014 in Consumers 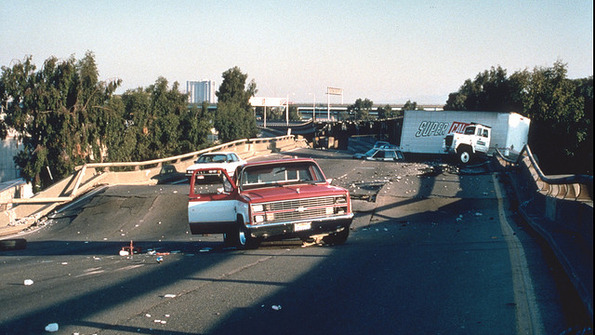 Living in San Francisco is completely amazing. It’s one of the most beautiful cities in the U.S. and in the world. With sweeping views of the Bay, picturesque Victorian homes, amazing parks and surrounding mountains, it’s easy to see why the city is so popular.

With such an epic city, comes some drawbacks, one of the largest being earthquakes. Let me start by giving you a bit of history on earthquakes in San Francisco.

The largest earthquake to hit the city was in April of 1906. At a magnitude of 7.8 (some debate 8.25 and 10 is the highest), this was an extremely powerful and horrific earthquake. Fires broke out and ravaged the city for three days, and between the fires and the earthquake, about 3,000 people died, and over 80% of the city was destroyed. The quake of 1906 is one of the worst natural disasters in U.S. history, and it took San Francisco many years to recover.

Fast forward to October of 1989. It’s the World Series and the Oakland A’s are playing the San Francisco Giants. It’s game 3. In a flash, excitement turns to screams, as a 6.9 magnitude earthquake hits, and for the first time in history, it’s on live TV. That day there were 63 deaths and 3,757 injuries in San Francisco and surrounding areas, and there was an estimated 6 billion in damages.

There are 3 basic components of earthquake insurance:

1. Dwelling Coverage: This covers your home up to a certain amount.

2. Personal Property Coverage: This covers the items in your home--TVs, computers, furniture etc.

3. Additional Living Expenses: This will cover the temporary and extra costs to live outside of your home during the aftermath of an earthquake--evacuation costs, a hotel etc.

There are many finer details to each of these three components, but you get the gist of it.

So, when is the next big one? Well, we can’t know exactly when, but according to a 2008 report from the US Geological Survey, there is a 63% probability of another large quake hitting San Francisco between now and 2038.

Are you willing to take the risk? The majority of people in San Francisco apparently are and actually don’t have earthquake insurance, so they are all hoping for the best (including yours truly). Although earthquake insurance is pricey, it may just be worth the peace of mind, and if history tells us anything, there's bound to be another big one.